One of the most persistent rumors in blues music is that some of the very best blues musicians of all time gained their skill in exchange for selling their souls. The deals supposedly went down at midnight, at the lonely intersection of two country roads in the Deep South. "Crossroads Blues" is the '27' universe's version of that story. It takes place in Mississippi in 1936, and tells the tale of Bobby, a young guitarist just desperate enough to make the crossroads bargain. A deal is made, but that's about the only thing that goes as expected. Turns out, the devil's not the only supernatural entity interested in Bobby's magic hands. 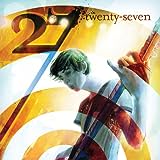 twenty-seven
Hendrix, Cobain, Joplin, Morrison. All belong to the '27 Club,' which admits only the most brilliant musicians and artists...and kills them dead in their 27th year. Will Garland is a famous rock guitarist, secretly unable to play for months due to a neurological disorder afflicting his left hand. He's also 27! With mad scientists, long dead rock legends and cosmic entities in his way, can he make 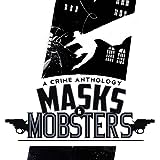 Masks and Mobsters
Masks and Mobsters is a noir crime anthology written by Joshua Williamson with a rotating team of artists to showcase the standalone stories set in the fictional Golden City where the mob has started to fight back against those who would try to steal their piece of the pie.
Curse Words
"THE DEVIL'S DEVIL," Part One The new ongoing series from CHARLES SOULE (Daredevil, Death of Wolverine, Star Wars) and RYAN BROWNE (GOD HATES ASTRONAUTS) is COMING FOR YOU! A wizard has appeared in New York City, and he's casting wonderful spells, getting famous, getting rich-it's great! But it's not. This wizard has everyone fooled. He is actually an EVIL WIZARD, and EVIL THINGS are on the way
The Bunker (Oni Press)
THE SMASH HIT DIGITAL COMIC COMES TO PRINT WITH A DOUBLE-SIZED DEBUT ISSUE! When five friends go to bury a time capsule before going their separate ways, they find a mysterious bunker stamped with their names and containing artifacts from a time that has yet to come. Will their discovery save the world or doom it? From Joshua Hale Fialkov (I, VAMPIRE; ULTIMATES) and Joe Infurnari (MARATHON) comes
They're Not Like Us
Generation after generation, it's the same old S.O.S.: There's no hope for the future, because young people think only of themselves. They have no respect for authority. They think they know everything. They are arrogant. They are reckless. They want to tear the world apart. In a time full of possibilities, yet rife with disappointment, the youth are changing. They look the same, but they a