X-Force: Under The Gun

X-Force has survived its first fights- but the stakes just keep getting higher, and the villains deadlier! A new Brotherhood of Evil Mutants, including Toad and Sauron, has formed and joined forces with the Morlocks, and their frightening attack on our heroes leaves one team member mortally wounded! Plus: the mysteries between Cable and Stryfe deepen, Deadpool goes after Domino and Cable, a government task force comes after X-Force, and one mutant is revealed to be an impostor! And just who are the X-Ternals?
See More See Less 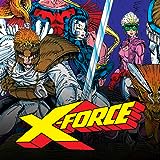 X-Force (1991-2002)
X-Force sets out on their first mission! To defeat the MLF and to stop the terrorist called Stryfe, the team heads to Antarctica! 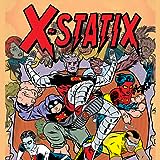 X-Statix (2002-2004)
X-Statix is thrown on the public's backburner when O-Force is introduced - an interactive mutant team where the public controls the team roster! Will the media hype cast a shadow over the unveiling of X-Statix's newest addition, Venus Dee Milo?
Cable (1993-2002)
Cable must return to the past. But what deadly path must be trave to claim the Temporal Device known as...The Timex!

X-Factor (1986-1998)
The original X-Men reunite as an all-new team with an all-new vision of how to achive Professor Xavier's dream. The X-Factor legacy starts here! 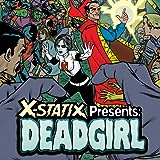 X-Statix Presents: Dead Girl (2006)
When the Pitiful One decides that he's tired of being dead, he assembles a posse of Marvel's deadest villains to attack the world of the living. And it's up to Doctor Strange to stop him and his evil cohorts...but he needs help from...well, you know. With Kraven the Hunter, Tike Alicar, and a few other surprise, dead guests.