Magneto tears Wolverine’s world apart! First, Logan intervenes in a Hydra experiment, but a nanite infection has unexpected effects on him! Then, Wolverine takes Rogue and Jubilee on a mission to the Savage Land — where Sauron has risen again! And in Australia, Wolverine and Jubilee battle a suddenly sentient Sentinel — and Jubilee confronts her past! Logan’s world tour continues when he’s lured to Tibet by a group seeking to claim his remarkable abilities! And Sabretooth takes the spotlight — but what is his surprising connection to Mystique? Finally, the X-Men face off against Magneto in a truly savage showdown — but when Magneto crosses a horrifying line, will Wolverine ever be the same again?!
See More See Less 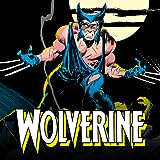 Wolverine (1988-2003)
Wolverine faces off against a group of pirates on the Island of Telambang.

X-Men (1991-2001)
With an ever-changing roster of mutants protecting a world that hates and fears them, the X-Men take on villainous mutant and humans alike for a dream of peace. Whether it’s the Blue and Gold teams led by Cyclops and Storm, or a roster that includes the likes of Sabretooth and Mystique, the X-Men rush head long in battle to save the world time and time again.
New Mutants (1983-1991)
New Mutants (1983-1991) series
X-Force (1991-2002)
X-Force sets out on their first mission! To defeat the MLF and to stop the terrorist called Stryfe, the team heads to Antarctica!
Thor vs. Hulk: Champions of the Universe (2017)
Collects Thor Vs. Hulk - Champions of The Universe #1-6. An Elder of the Universe has come to Earth, and he means to battle our planet's strongest hero. But will Thor and Hulk ever agree on which one of them that is? Of course not! Asgard's Avenger and the green goliath will have to run a gauntlet of impossible challenges to prove their worthiness to face down this cosmic menace — but what