Everything has been leading to this: a turning point for the Uncanny X-Men! And it all revolves around their deceased former mentor and leader, Professor Charles Xavier! Scott Summers has swiftly become one of the world's most wanted men. Thanks to the Phoenix-possessed murder of Professor X, he destroyed his former life and must now remain constantly vigilant in case of attack. But is the greatest threat to his safety lurking within the dark recesses of his own mind? Then, Magneto returns to the X-Men, but they're certainly not happy to see him. In the fallout from AXIS, the team returns to the school to lick their wounds and search for an identity. Are they terrorists, revolutionaries, teachers or something else entirely? For some, the events of AXIS may have left a deeper wound than anyone realizes.
See More See Less 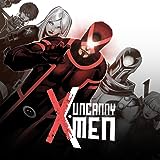 Uncanny X-Men (2013-2015)
In the wake of the Phoenix event, the world has changed and is torn on exactly what Cyclops and his team of outlaw X-Men are -- visionary revolutionaries or dangerous terrorists? Whatever the truth, Cyclops, Emma Frost, Magneto, and Magik are out in the world gathering new mutants and redefining the name Uncanny X-Men.

All-New X-Men (2012-2015)
Marvel Now! The five original X-Men have been plucked from yesteryear and sent to the present. How will they deal with the current state of Xavier's dream, and how will today's X-Men cope with facing their former selves? 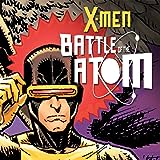 X-Men: Battle of the Atom
The past, present and future of the X-Men collide in this 50th Anniversary event crossover!
Uncanny X-Men (2011-2012)
What is to become of the mutants who side with Cyclops after the big split? And what does it have to do with the resurrected Mister Sinister?
Uncanny X-Men (2016-2017)
In a world that's never hated or feared mutants more, there is only one constant: bigger threats require more threatening X-Men. Refusing to accept one more mutant death, the most ruthless mutants on Earth have banded together to proactively mow down their enemies. But with a team populated by relentless killers, one question applies above all others: can they stay away from each other's throats l