"The Temporary Employment Sanction"
Working in absurd secrecy, the Middleman stares down threats from the extra- infra- and juxta-terrestial with a big gun and a have-a-nice-day grin. The Middleman: he fights evil so you don't have to.
See More See Less 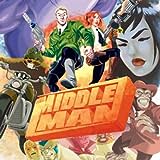 The Middleman
Working in absurd secrecy, the Middleman stares down threats from the extra- infra- and juxta-terrestial with a big gun and a have-a-nice-day grin. The Middleman: he fights evil so you don't have to. 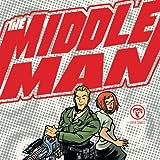 The Middleman
The theft of the world's rarest diamond by masked wrestlers is only the beginning of a world of trouble for The Middleman and Wendy... who must not only solve the crime, but also confront the most lethal man alive - the master of the Wu-Han Death Thumb - the man known only as Sensei Ping! 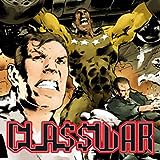 Classwar
Modern day America - a sedated nation, a land of authoritarian corporations, corruption and imposing wealth. A society controlled by money and the media. Two men are going to change that. An ex-CIA operative and one of the government's own genetically-enhanced soldiers now question what they were fighting for. Together they're going to battle for the truth. They're going to show the ordinary peopl
Template
TEMPLATE is an action thriller with cyberpunk flair. Centering on a private security organization called Oversight, the story chronicles their attempts to make the perfect android soldier. When the first attempt fails, they speed up plans to try again under the assumption they learned from their mistakes. It is at this point that the main character, Beta, is created. Over the course of the series, 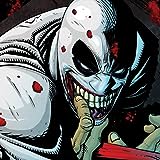 Oxymoron
Everyone loves a good villian... OXYMORON is a supervillain psychopath obsessed with contradiction. Spinning out of the pages of the THE RED TEN, the psycho with the killer smile takes center stage in a stunning collection of straight-up twisted tales from up and coming creators.