Tales of the Batman: Carmine Infantino

In 1964, DC Comics enlisted artist Carmine Infantino to introduce the "new look" Batman. As he had with The Flash and Adam Strange before, Infantino came up with a slick, modern look for the series, making the Dark Knight a creature of the shadows once more. These stories and especially their cover illustrations showcase Infantino's powerful design sense, one that influenced DC's cover artwork for years to come. In addition, Batman's many battles against crime in the streets of Gotham City paralleled the action on the 1966 Batman TV series.

Collects various issues of DETECTIVE COMICS and BATMAN, plus THE BRAVE AND THE BOLD #183, 190 and 194.
See More See Less 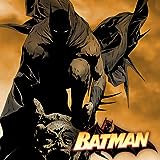