Adam Land, an indigenous American, and Elakshi Land, a British-Asian, have what some might call “a love-hate relationship.” They’d probably be better off without one another, except for the fact that they have superpowers that cause mass destruction whenever they are separated. Now, their greatest challenge is to stay together—even if it tears the world apart. 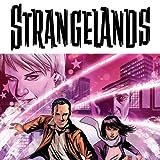 Strangelands
Two strangers find themselves inextricably tied together by inexplicable superpowers. Fighting their connection could mean destroying the world.

Ignited
The lives of six teenagers are changed forever when tragic chaos ensues in their high school. Now the power to restore order is literally in their hands.
Omni
A young doctor suddenly and mysteriously acquires superpowers... as do several other individuals on the planet. But only her power can answer why... 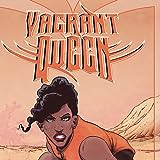 Vagrant Queen: A Planet Called Doom
Get ready—Vagrant Queen is BACK! Elida Al-feyr has finally managed to build a happy life... until a mysterious man in an ancient white ship shows up and takes it all away. And hey, where the hell is Isaac? 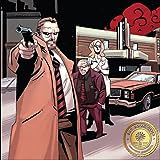 Strong Box: The Big Bad Book of Boon
Marked 4 Murder! 1980. A jogger is dead, killed very strangely. With fists and fury, grizzled homicide detective Frank Boon must team up with inter-dimensional beings to battle through the back alleys and bureaucracy of Chugwater County, U.S.A. and solve the case!