In Star Wars: Rebels, Kanan Jarrus is a cocky, sarcastic renegade fighting the Galactic Empire alongside the ragtag crew of the Ghost. But years before, during the Clone Wars, he was known as Caleb Dume, a Jedi Padawan training under Master Depa Billaba. Neither master nor apprentice ever suspected that their "loyal" Clone Troopers would turn on them upon the issuing of Order 66 — the Emperor's directive to execute all Jedi. How did Caleb Dume escape the Jedi purge? How did he learn to survive on his own after his master fell? And how did he become the man we know as Kanan Jarrus? What can a Padawan do when being a Jedi makes him a target? Join young Caleb for a tale that bridges the years between the Clone Wars and Rebels!
See More See Less 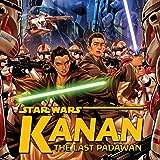 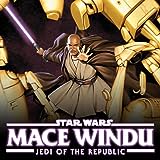 Star Wars: Jedi of the Republic - Mace Windu (2017)
Collects Star Wars: Jedi Of The Republic - Mace Windu #1-5. One of the most revered Jedi Masters of all time stars in his own solo series! Learn all there is to know about the man, the myth, the legend -Mace Windu! For over a thousand generations, the Jedi have been the peacekeepers of the galaxy...but now, at the dawn of the Clone Wars, they fi nd themselves in a new role: generals in the Army
Han Solo (2016)
Everyone's favorite scoundrel gets his very own series! Han is given a top-secret undercover mission for the Rebellion- rescuing a number of informants and spies. His cover for the assignment? Only the biggest and most infamous starship race in the galaxy! You know- the race Han has dreamt of winning his entire life. Will he keep his mind on the mission? And can he manage to pull it off while keep 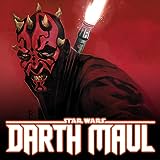 Star Wars: Darth Maul (2017)
Bred on hate, fear, and anger…steeped in the ways of darkness…and trained to kill. Darth Maul's time as apprentice to Darth Sidious has long been cloaked in shadows, but at last we will reveal his tale of revenge. From writer Cullen Bunn (DEADPOOL KILLS THE MARVEL UNIVERSE, WOLVERINE) and artist Luke Ross (STAR WARS: THE FORCE AWAKENS, HERCULES) comes a tale of rage unleashed as Darth Maul pre