Relive the birth of the motley crew that became the Guardians of the Galaxy! Peter Quill is Star-Lord once more, but will he embrace his legacy? The techno-organic Phalanx have overrun the galaxy, and it's time for Star-Lord and his ragtag team of cosmic cult favorites - including Bug, Captain Universe, Deathcry, Mantis, Groot and Rocket Raccoon - to suit up and become legends! But this no-win, no-tech suicide mission starts off bad and rapidly gets worse. As hordes of the Phalanx close in, one team member might have to make the supreme sacrifice!
See More See Less 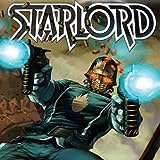 Annihilation: Conquest - Starlord
Peter Quill is once again Star-Lord -- but what could possibly make him take on his former identity? And what brings together the motley crew that includes Bug, Captain Universe, Deathcry, Mantis, Groot and Rocket Raccoon? 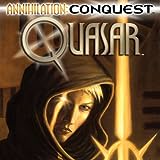 Annihilation: Conquest - Quasar
The new Quasar - - a.k.a. Phyla-Vell, daughter of Captain Marvel - - embarks on an epic journey that could bring an end to Conquest. What has happened to her home world? What classic foe of the Avengers is now hunting her? 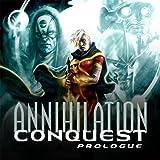 Annihilation: Conquest Prologue
In the grim aftermath of the Annihilation War, a devastated universe struggles to rebuild. What's next for the battle-weary heroes known as Nova, Peter Quill and Quasar? And what new adversary will threaten this newfound peace? 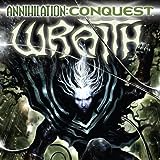 Annihilation: Conquest - Wraith
Who is the haunted loner known as Wraith? What are his chilling powers, how did he get them, and what is the tragic quest that drives him? 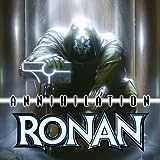 Annihilation: Ronan
No longer recognized as "Accuser," Ronan himself has been accused, tried and stripped of his rank. Now Ronan is out to clear his name! Guest starring a host of Marvel's biggest cosmic characters!