Mighty-Man re-breaks the Dragon's bones, which begin to heal properly. Johnny Redbeard re-creates Bludgeon, and Amanda Mills meets Peter Klaptin, who re-assumes the mantle of Star to impress her. Howard Niseman and Chris Robinson are captured by a gang of Freaks, and the massive jailbreak continues. New police captain Mendosa forces Dragon to start working on his paperwork.

In a back-up story by Keith Giffen, Jeff Matsuda & Terry Austin, SuperPatriot enlists the Dragon into helping him defeat the forces of Body Function, a team of disgusting criminals led by Cesspool, all of whom are rounded up and defeated by the two super heroes.

This issue features an alternate cover by Jeff Matsuda & Terry Austin (below left) - the story inside remains the same.
See More See Less 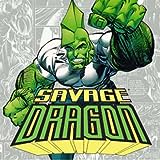 Savage Dragon
Savage Dragon goes back to his roots! Nearly 12 years after walking off the job as a law enforcement officer Savage Dragon rejoins the Chicago Police Department. It's a great jumping on point for new readers and old, and it helps pave the way for IMAGE UNITED. The Vicious Circle is reborn and Captain Frank Darling turns to the one man he knows can get the job done: The Dragon! 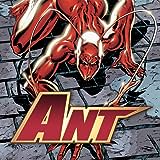 Ant
Imagine losing everything you once held dear, then waking up from that long, dark nightmare to find yourself confined to a mental institution. This is Hannah Washington's life. Her sanity shattered, she's been told all her memories are the result of a coping mechanism described as a "juvenile power fantasy." Or are they? 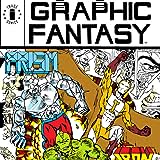 Graphic Fantasy
“REVENGE!” One of the most valuable and hardest to find SAVAGE DRAGON comics of all time is the 1982 fanzine GRAPHIC FANTASY where ""the Dragon"" made his first appearance. This book is long out of print and highly sought after and completely unobtainable for most collectors—until now. This deluxe version reprints this rare book introducing Paul Dragon and a host of then-new characters. 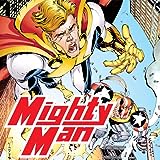 Mighty Man
Seven-year-old Betty Bradford has inherited the mantle of the World's Mightiest Man! Now she trains to take on the role of the world's greatest superhero and faces her biggest challenge ever! Mighty Man comes with our highest possible recommendation! 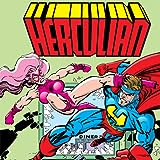 Herculian
Erik Larsen's stunning 24-hour comic in full color! Artist ERIK LARSEN unleashed! All of Erik's odd but entertaining Popgun strips are collected along with his 24-Hour story 'Guy Talk' in this handsome volume! Herculian! Punchin' Judy! Bacon Mummy! Mickey Maus! Reggie the Veggie! Cheeseburger-Head! Lotta Malarky! It's pretty much everything you love about comics all in one affordable 48-page bundl