Growing up, Kate has always had feelings for Garrett. He’s always protected her ever since her bodyguard father died in the line of duty. But she can’t stand that Garrett sees her as nothing more than a sister.
One night, Kate is nursing Garrett’s high fever when they suddenly fall into bed together! Thinking that her dream is finally coming true, Kate is stunned when she finds out that he is meant to marry someone else…
See More See Less 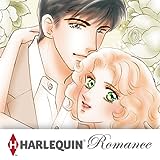 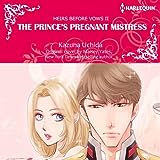 Heirs Before Vows
Prior to her impending arranged marriage to a grand duke, Allegra goes to a masquerade ball. She figures it’ll be the last party she attends as an unmarried woman and is eager to let herself go. Then a man dressed up as the God of Death appears before her. The attraction between them is undeniable, and before Allegra can stop to think through the consequences, she loses her virginity to the mask 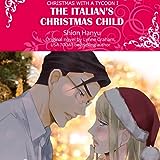 Christmas with a Tycoon
When Holly gets into a predicament one stormy Christmas Eve, a man named Vito helps her out and offers her a place to stay at his villa. He’s clearly wealthy, and she’s just a waitress… They have nothing in common, so why can’t Holly take her eyes off him? Finally, in the face of Vito’s powerful desire, Holly offers herself to him, a gift she’s never given to anyone else. The next day, 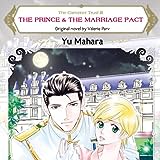 Carramer Trust
Kirsten works as a curator at Merrisand Castle, where she becomes mesmerized by the overwhelming charm of Viscount Aragon, Rowe Sevrin, who happens to come by the castle for an inspection. He’s the very man who brought her sister to despair six years ago and from whom she’s been keeping a secret. Kirsten knows she can never forgive him, but she must work with him to improve tourism. If he ever
The Perfect Family
The Crightons are a well-known, wealthy English family that has turned out generation after generation of lawyers. Jonathan and David are twins, and Jonathan, the quieter of the two brothers, has spent years living in David’s shadow. His wife, Jenny, even dated David first, until David abandoned her when she got pregnant. Jonathan proposed to her instead, as if to make up for David’s wrongdoin