The bloody finale of the best-selling digital-first series that leads into the hit video game!

The Thunder God Raiden and his champions saved Earthrealm from the Elder God Shinnok and his undead army, but a greater threat now rises on the shores of Shang Tsung's Island. Havik, the Cleric of Chaos, has allied himself with General Reiko, who has been made unkillable by the same Kamidogu Blood Majik that enhances his forces and possesses the daughters of Sonya Blade, Johnny Cage, and "Jax" Briggs—as well as Raiden himself.

To stop Reiko from becoming a Blood God and Havik from obtaining the all-powerful Amulet of Shinnok, Earthrealm and Outworld's greatest Kombatants must put aside their mutual hatred and join forces. But when the combined might of Kotal Kahn, Mileena, Johnny Cage, Sonya Blade, and Ermac isn't enough to turn their foes into fatalities, all hope for Earthrealm's salvation may rest with the least likely hero—Scorpion's lowly apprentice, Takeda Takahashi! 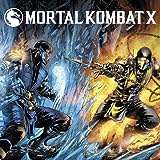 Mortal Kombat X (2015)
Get over here...for an all-new digital-first series set before the events of 2015's highly anticipated game Mortal Kombat X! Prepare yourself for the brutal adventures of all your favorite Mortal Kombat characters, and witness the rise of the next generation of Kombatants! 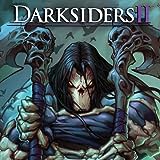 Darksiders II: Death's Door
Delving into the days before the Apocalypse, Darksiders II: Death's Door is a pivotal contribution to the world of the game! Created in collaboration with Joe Madureira's Vigil Games, this original story follows Death, one of the Four Horsemen of the Apocalypse, on a mission to destroy a rogue demon. Chasing the creature across magical realms and even through time, Death takes on a heart-pounding 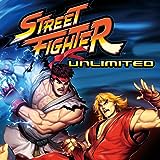 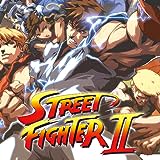 Street Fighter II Turbo
The World Warrior Tournament is here! The World Warriors battle across Hong Kong, Japan, and America to secure their spots in the ultimate competition -- the Street Fighter Tournament! Only the top fighters will make the cut, but with the villainous Bison running the show, winning could be the worse fate! The world's 12 greatest warriors compete against each other and M.Bison's Shadaloo lieutenant