After a mysterious vision, Metamorpho—the Element Man, gifted with the ability to transform into any form of matter—has been set free from his prison…and all hell has broken loose.

Breaking out of the chains of ruthless industrialist Simon Stagg, Metamorpho’s on the run—with Stagg’s brilliant daughter, Sapphire, by his side. Now they’re in a race to recover the Orb of Ra, the ancient alien artifact that gave Rex his incredible powers. But they’re not the only ones on the hunt! If Kanjar Ro and his army of space pirates get their hands on the Orb, entire planets will fall before his wrath.

Can Metamorpho save two worlds? Or is the Element Man about to be atomized forever? Find out in METAMORPHO, an epic saga of magic, science and the thin line between them, from writer and artist Aaron Lopresti! Collects the Metamorpho stories from LEGENDS OF TOMORROW #1-6.
See More See Less 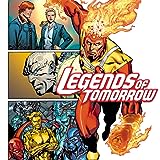 Legends of Tomorrow (2016)
Get in on the action as classic heroes of the DCU become the legends of tomorrow as some of comics’ most renowned talents launch new tales featuring Firestorm, Metamorpho, Metal Men, Sugar and Spike—that’s right, Sugar and Spike and many more!

The Fury of Firestorm: The Nuclear Men (2011-2013)
Jason Rusch and Ronnie Raymond: two high school students that are worlds apart. Now they're drawn into a conspiracy of super-science that bonds them forever in a way they can't explain--or control--as the being known as Firestorm!
The Fall and Rise of Captain Atom (2017)
Captain Atom hasn’t been seen or heard from in years-and even if you think you know what happened to him…you’re wrong! But you’re not alone. To this day, no one on Earth-not even the other superheroes-has an inkling of the missing Captain Atom’s true fate. At last, the truth is about to be revealed in a saga that transcends not only the meaning of life and death, but the limits of time 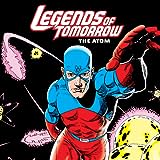 Legends of Tomorrow: The Atom
From his debut in SHOWCASE to his membership in the mighty Justice League, Professor Ray Palmer has shown that there is no size that determines heroism! The Atom has maintained his status among the pantheon of great heroes in the DC Universe, and nowhere is his might more apparent than in these incredible stories! With tales from such creators as GARDNER FOX, GIL KANE, ROGER STERN and more, LEGEND 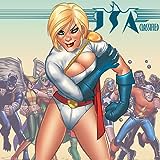 JSA: Classified
Stories starring the members of the Justice Society of America from throughout their long-standing DCU history! Each arc spotlights members of the team and showcases untold tales from JSA history.