Somewhere in the dark jungles of the Andes mountains lies a Dimensional Bridge which leads to a violent, medieval world ruled by Magic of the Blackest sort! Fortune hunter Tyler Flynn enlists fellow ex-pats Ambrose Bierce and Amelia Earhart in a desperate attempt to break free from the diabolical orbit of... the Lost Planet. 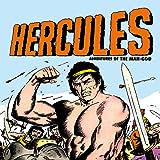 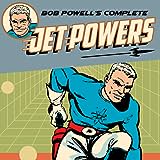 Bob Powell's Complete Jet Powers
Early fifties science-fiction comics can seem light years from contemporary tastes, but Jet Powers, from cult favorite Bob Powell remains as entertaining and eye-catching as ever! This deluxe hardcover collects the complete adventures of Jet Powers, known as "The Captain of Science," as he battles his diabolical adversary Mr. Sinn with the best 1950s-era technology at his disposal. Includes all of
Johnny Dynamite: Explosive Pre-Code Crime Comics—The Complete Adventures of Pete Morisi's Wild Man of Chicago
Fight crime alongside the one-eyed, two-fisted Chicago private eye in these comics from the early 1950s! At the height of the Mickey Spillane crime novel craze of the early 1950s came Johnny Dynamite to rival Mike Hammer in wild, sexy yarns! Illustrated by Pete Morisi and written by Ken Fitch, the complete mini graphic novels from the rare Dynamite comic book (1953–55) are collected here by the 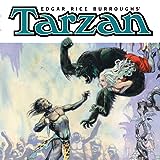 Tarzan: Burne Hogarth's Lord of the Jungle
One of the most influential and revered illustrators ever adapts two of Edgar Rice Burroughs' most beloved Tarzan novels! Burne Hogarth's color Tarzan of the Apes and black-and-white Jungle Tales of Tarzan graphic novels are finally collected into one deluxe edition. After his inspirational run drawing Tarzan Sunday newspaper strips and before his landmark instructional art books changed the indus