Lust, guns and revenge. As American as the wicked west. Ricky Toledo is going to find the man who killed her mother, and revenge is going to be sweet. Ricky was 15 when she fell hard for a handsome drifter who rented a room in her family home. Then he killed her mother and got her father sent to prison for it. It’s three years later, and Ricky will stop at nothing to get revenge. A broken young woman and her trusty companion—a Smith and Wesson 45 named Golddigger—track a serial killer hiding in plain sight as a travel blogger. It’s a dark, grimy game of cat and mouse through a tangled American landscape. And, like all the best crime noir, it’s a twisted love story.

Stray Bullets
STRAY BULLETS CONTINUES WITH THE BEGINNING OF A BRAND-NEW ARC OF STORIES! SUNSHINE AND ROSES is about violence, love, and really bad decisions. The Baltimore underworld is falling apart at the seams and blood has been spilt. Where and when things went to hell in a handbasket can be traced back to a time a few years earlier, when a man named Harry ran the city, Spanish Scott and Monster enforced th
House Amok
It’s the summer vacation from hell! Ten-year-old twin Dylan Sandifer and her family have fallen down a rabbit hole full of secret implants, conspiracy theories, Mandela effects, invaders, and organ thieves. As the attacks intensify, the Sandifers light out across the country in search of answers and salvation, blazing a bloody path of arson and murder. 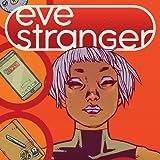 Eve Stranger
You have unlimited funds, a jet-set lifestyle, and extraordinary abilities. And your bloodstream is filled with nanobombs. The contents of a syringe will deactivate them for a week and also wipe your memory. So what happens when you develop a sneaking suspicion that you're actually working for the bad guys? EVE STRANGER, amnesiac-for-hire.
Black Crown Quarterly
The quarterly compendium of comics + culture is collected in one seriously thick paperback! Main features include “Tales from the Black Crown Pub” by award-winner Rob Davis; “Cud: Rich and Strange” by bandmates/co-writers Will Potter & Carl Puttnam and artist Philip Bond, and “Cannonball Comics” by Leah Moore and Dilraj Mann. Special features include “Hey, Amateur,” “Beat Surrend