Journey To Star Wars: The Rise Of Skywalker - Allegiance

Journey To Star Wars: The Rise Of Skywalker - Allegiance
3.7
(185 ratings)

THE DECADES-SPANNING SKYWALKER SAGA NEARS ITS CLIMACTIC CONCLUSION! Before the exciting events of Star Wars: The Rise Of Skywalker! Hounded by the FIRST ORDER across the galaxy, the RESISTANCE is in dire need of ships, weapons and recruits to make a final stand against KYLO REN’S forces. Desperation drives a delegation led by GENERAL LEIA ORGANA and REY to entreat the Rebel veteran’s one-time allies, THE MON CALAMARI, to join the fight — but decades after Imperial occupation enslaved their planet, there are those willing to stop at nothing to prevent another war from bloodying the waters of Mon Cala. A system away, POE DAMERON and FINN have their own mission: to hunt down a weapons cache on the remote moon of Avedot, unaware that they are being hunted by the most notorious criminal gang in the galaxy.
See More See Less 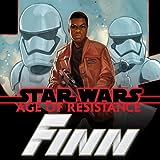 Star Wars: Age Of Resistance (2019)
Collects Star Wars: Age Of Resistance - Captain Phasma, Finn, General Hux, Kylo Ren, Poe Dameron, Rey, Rose Tico, Supreme Leader Snoke And Special. Concluding the Age of Star Wars - epic adventures featuring your favorite characters from all three film trilogies! This final volume spotlights the heroes of the Resistance and the villains of the First Order! Witness the moments that define them a
Star Wars: Galaxy's Edge (2019)
Collects Star Wars: Galaxy's Edge #1-5. A thrilling call to adventure on the very edge of the galaxy! Black Spire Outpost has long been frequented by smugglers, merchants and travelers from every system looking to make their score on the infamous black market - or experience exotic thrills only the remote world of Batuu has to offer. Beings like the infamous Dok-Ondar, proprietor of rare antiqu 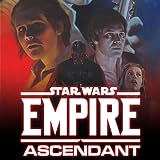 Star Wars: Empire Ascendant (2019)
DESTINED FOR HOTH! Luke Skywalker, Princess Leia Organa and smuggler Han Solo have have struck blow after winning blow against the Empire. The Rebels are digging in their defenses on the remote ice world of Hoth but how long will they truly be safe from their many enemies? Darth Vader will stop at nothing to crush the rebels but his efforts to locate their new base have been in vain. Will the dark

Star Wars: Target Vader (2019)
Collects Star Wars: Target Vader #1-6. Darth Vader vs. bounty hunters! The Dark Lord of the Sith is on the hunt for a mysterious criminal syndicate operating outside of the Empire’s rule. But little does he know that he too is being targeted — by a group of the galaxy’s deadliest bounty hunters, hired by the syndicate to take out Vader once and for all! Led by fallen Imperial Officer Beil