Guy Colwell's Inner City Romance tread new territory for underground comix, filled with stories about prison, black culture, ghetto life, the sex trade, and radical activism. It portrayed the unpleasant realities of life in the inner city, where opportunities were limited and being on the lowest end of the economic ladder meant that one's vision of the American dream was more about survival than lifestyle choices. Readers wondered who Colwell was, whether he was black or white, and how he knew so much about prison. Two years at McNeil Island federal prison for draft refusal provided a personal education for him, as well as his involvement with the San Francisco Good Times underground newspaper, where he became a close observer of the White Panthers, the Symbionese Liberation Army, and anti-war demonstrations. Inner City Romance details Colwell's life on the mean streets. Every issue of Inner City Romance is included in this collection, as well as many of the highly detailed paintings he created at the same time. Colwell recounts in an accompanying text piece, his personal journey to artistic maturity forged by radicalism and frustration.

"This 1972 underground comic was one of the first to engage the racial divide boiling over during the peace and love era. Colwell's series is a brutal comedown. His characters, fucked up on drugs and gorging themselves on sex, debate the social issues of the day. Essential, incredible work." -Dan Nadel

The Unknown Anti-War Comics!
An action-oriented medium, comics have long used wars-real and fictional-as narrative fodder. Now, discover the secret, surprising history of anti-war comics with this marvelously curated collection. A few comics of the time portrayed the horrors of war, but no blatantly anti-war stories were known to exist-until now! Buried in rare comics published during the Cold War were powerful war, fantasy,
All Time Comics
All Time Comics: Crime Destroyer issue 1 is a 36 page oversized spectacular featuring the wonderful writing of Josh Bayer, the irresistible inks of Ben Marra and the last art by legendary artist Herb Trimpe, who co-created Wolverine. 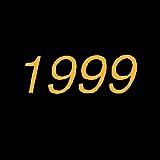 1999
In 1999 I had no direction in life. I was a college drop-out living with my mom, and working at a sub shop. No plans, no real interests - Except for Nora. I want to sleep with Nora.
witzend
When the formulaic constraints, censorious nature, and onerous lack of creator's rights in mainstream comics got to be too much for the brilliant cartoonist Wallace Wood, he struck out on his own with the self-published witzend. It became a haven for Wood and his fellow professional cartoonist friends where they could produce the kind of personal work that they wanted to do, without regard to comm