When Sue Dibny, wife of the Elongated Man, is murdered in her own home, the superhero community is devastated. They come together in mourning, hold their loved ones closer, and immediately begin a worldwide search to find her killer.

But a handful of heroes think they already know who murdered Sue Dibny.

Years ago, to protect Sue and others like her from super-villains, Green Arrow, Hawkman, Black Canary, the Atom and Zatanna crossed a line. Now, their long-buried secret will break the superhero community apart. 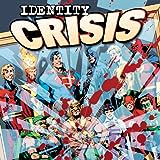 Identity Crisis
Uncover the DC Universe's deadliest secret in this acclaimed miniseries from New York Times best-selling writer Brad Meltzer. It's a secret the heroes will fight to keep--a secret they're willing to sacrifice themselves for. But this sacrifice has become too much for them to bear...

Infinite Crisis (2005-2006)
The world-changing event that shook the DC Universe to the core! Heroes die and heroes return in a mega-limited series written by Geoff Johns that picks up from COUNTDOWN TO INFINITE CRISIS, VILLAINS UNITED, THE OMAC PROJECT, RANN-THANAGAR WAR and DAY OF VENGEANCE! 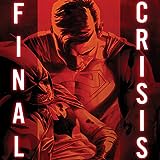 Final Crisis
What happens when evil wins? That's the devastating question Superman, Batman, the Justice League and every other super being must face when Darkseid and his otherworldly legion of followers actually win the war between light and dark. And with the war lost--what does it mean for the DCU? 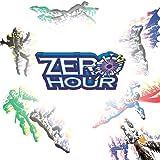 Zero Hour (1994)
The universe is being destroyed by an all-consuming force working its way from the future to the past! The heroes of the DC Universe struggle to survive this terrible crisis in time as the world they know changes around them! Readers please take note: issues run backward, this series starts with #4 and ends with #0!
52
The DCU spent a year without Superman, Batman and Wonder Woman--a year in which the fate of the world hung in the balance! Now Grant Morrison, Geoff Johns, Greg Rucka and Mark Waid deliver the thrilling tale of the heroes who protected the planet in their absence in this best-selling series.