Iceman is back in his own solo series! Someone is hunting the sewer-dwelling Morlocks for sport, and it's up to Bobby Drake to prevent another Mutant Massacre in the making — but it's going to take everything he has not to lose his cool. Who's behind this horrific hunt? You won't believe it if we tell you! And what part does Iceman's former teammate Bishop, the cop from the future, play in all this? Plus: When a super villain crashes Bobby's blind date, he needs a wingman and wingwoman. It's time for the tripartite team-up you've been waiting for: Iceman and his Amazing Friends, Spider-Man and Firestar! And things are looking great when New York finally throws its first Mutant Pride Parade, until things take a turn for the…Sinister! 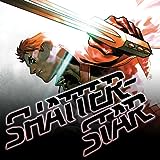 Shatterstar (2018-2019)
Collects Shatterstar #1-5. Gladiator, warrior, hero! The man called Shatterstar has been many things. But one thing he's always been is deadly! He's not a man you want to cross, or you'll learn that fact all too well. Shatterstar had found a new life…found peace. But with a simple act of violence, his world is turned upside down. Nothing makes sense anymore — except for a pair of double-bla 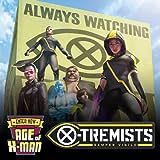 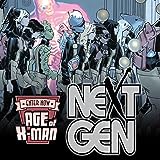 Age Of X-Man: NextGen (2019)
Collects Age of X-Man: Nextgen #1-5. Glob Herman, Armor, Anole and Rockslide enter the Age of X-Man! In a utopian paradise, the Summers Institute for Higher Learning is the premier school for the mutant community across the globe. Attendance is mandatory for all mutant children as they learn to become the next generation of marvelous X-Men. But even in a perfect society of peace and harmony, te 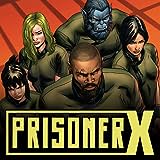 Age Of X-Man: Prisoner X (2019)
Collects Age Of X-Man: Prisoner X #1-5. The Danger Room holds the worst of the worst in the Age of X-Man! When you break the law in paradise, you aren’t sent to just any prison. You’re sent to the Danger Room — a penitentiary filled with the roughest and meanest mutants who don’t fit into X-Man’s utopia. They each have a reason for being there, and they’re all primed and ready to ki