Enter the world of high-speed levitation racing, where SLOW is a four-letter word... and so is DEAD! When former circuit champ Hugo Broyler wrecks out of the latest title race, he's left with little career options besides taking a driving gig for a known criminal to pay off his debts. He wouldn't even consider the job if a nagging voice in his head weren't pushing him towards taking it... the voice of his formal, deceased rival who now claims to be hauting him... (Or maybe he's just going crazy from head trauma...?) 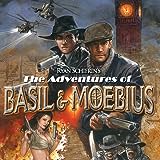 The Adventures of Basil and Moebius
Alaric Moebius and Basil Fox are two lovable scoundrels looking to make a quick fortune. Basil is a former SAS trooper turned Queen‚Äôs Guard by day and thief by night. Moebius is an Oxford-educated charmer with a knack for getting into trouble. Together they chase adventure under the patronage of ‚ÄúThe Collector,‚Äù a mysterious billionaire with a taste for rare and valuable super 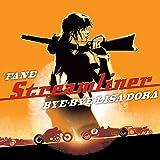 Streamliner
The Lisa Dora filling station sits in the middle of nowhere desert, usually pretty sleepy, but things are about to turn crowded real quick… Billy Joe and his gang The Red Noses have plans for this stretch of open desert: an all-out race to see who's the fastest, and worthy to lead the pack... 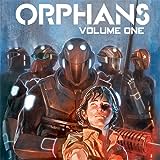 Orphans
A devastating energy beam strikes the Earth, instantly killing a sixth of the world population. Deemed to be a premeditated attack by aliens from a distant planet,¬†a Serbian scientist named Jsana Juric and a Japanese army colonel named Takeshi Nakamura gather a group of orphaned children who survived the disaster to become lethal soldiers trained to invade the hostile planet in hopes of preven 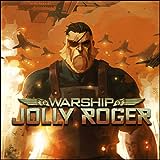 Warship Jolly Roger
In a gritty, star-spanning future, where mankind has colonized planets throughout the galaxy, former Confederation Commander Jon T. Munro was serving a life sentence for a war crime he was forced to commit. When a prison break runs amok, however, he seizes the opportunity to escape with a ragtag team of cons to form a small crew of pirates with one goal in mind: vengeful justice. And the first ste