After Manchester drag queen Bi Phallicia and her friends are attacked in a horrifying homophobic attack, they decide that enough is enough and form an all LGBTQ+ street gang to protect their community and get their revenge! The Glitter Vipers are here to smash back against the bigots and fascists, and may just find themselves wrapped up in a wider conspiracy behind it all.

"Glitter Vipers is a bold retort - an indie outcry against heterosexism that hits with the intense, personal emotion of the best exploitation cinema. And like that, it is raw, real, hits hard...and leaves a mark." - Steve Orlando (Martian Manhunter, Commanders in Crisis) 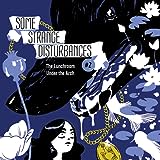 Some Strange Disturbances: The Lunchroom Under the Arch
Prescott, Delilah and the Comtesse have barely survived their experience at Bedlam. As spiritualists begin to disappear from the streets, Prescott investigates a haunting that will lead to far worse trouble for the trio. New friends, new enemies and new revelations await in this second volume of the series. 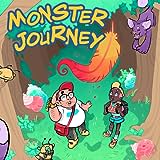 Monster Journey
Trans masculine creators tell five stories of hunting monsters! From cute to scary to business as usual, these stories are Beemble™ approved! Featuring a monster conservation comic by Al Neun, a dangerous encounter by Dylan Edwards, a tunneling tale by Higu Rose, a cryptid catch by Andi Santagata, and a picnic in a national forest by Nero O'Reilly. 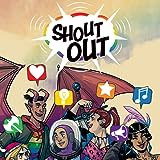 Shout Out
Join us on the adventures of young demon hunters, star-crossed Viking lovers, and cyberpunk street artists as we invite you into new worlds where brave heroes with diverse queer identities demonstrate the strength of their hearts and the power of their dreams! Find your place alongside ace necromancers, glamorous jazz musicians, fey outsiders, friendly monsters, and a superhero still finding hi 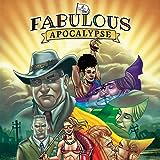 A Fabulous Apocalypse
A LGBTQ-friendly satirical take on the Apocalyptic genre.