A trippy journey of creation and destruction as one man finds himself with the ability to
manifest anything by thinking it-only to learn that with seemingly unlimited power comes unstoppable terror.
See More See Less 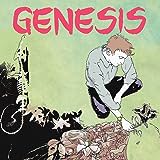 Genesis
A trippy journey of creation and destruction as one man finds himself with the ability to manifest anything by thinking it-only to learn that with seemingly unlimited power comes unstoppable terror. 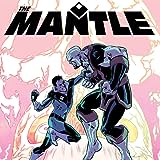 The Mantle
Robbie never asked for any of this. While drunkenly walking home from a punk show, he's hit with lightning and wakes to find that he's been chosen as the new host for The Mantle, a power set of unimaginable scope. Despite his lack of interest, he's forced into action. The Plague, a being who has spent 50 years killing every previous host of The Mantle, is already coming for him. 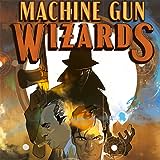 Machine Gun Wizards
Eliot Ness and his team of Untouchables work overtime taking on dangerous criminals that hide in the seedy underbelly of 1930s Chicago. Except in this world, Al Capone isn't dealing in alcohol, but in magic. With Lick, a drug that grants magical powers to anyone who ingests it, mobsters become wizards, ordinary men become monsters, and darker secrets than Ness can imagine lie at the heart of it al
Doctor Spektor: Master of the Occult
TV Legend. Wall Street Wolf. Internet Mogul. Tabloid Bad Boy. Master Metaphysicist. Spiritualist. Monster Hunter. Doctor Adam Spektor is all of these things... and less. For fifteen years, Spektor has traveled the globe to smoke out and defeat werewolves, vampires, ghosts and everything else that goes bump in the night. Yet his success has brought him no peace... some part of him is missing; somet
Brain Boy
Ambushed while protecting an important statesman, Matt Price, a.k.a. Brain Boy, finds himself wrapped up in political intrigue that could derail a key United Nations conference and that sets the psychic spy on a collision course with a man whose mental powers rival his own! Collects Brain Boy #0-#3. * New York Times bestseller Fred Van Lente (Archer,Armstrong). • Art by R. B. Silva (Supe