Contains the 4 issue G.I. Joe and the Transformers limited series plus issues #139-142 of G.I. Joe: A Real American Hero.

The worlds of G.I. JOE and TRANSFORMERS combine in this first volume of the classic crossovers. Contains the 4-issue G.I. JOE and the TRANSFORMERS limited series plus issues #139-142 of A REAL AMERICAN HERO. MEGATRON and COBRA versus the JOEs and the AUTOBOTS, who will come out on top?
See More See Less 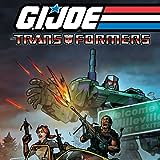 Duke Nukem: Glorious Bastard
What do time-traveling Nazi UFOs, space pigs, and a hot French Resistance babe code-named the French Tickler have in common? They're all about to run head-on into Duke Nukem, and for some of them (the ones that don't look good in bikinis, that is), it's gonna end painfully. Video game legend Duke Nukem tears it up in his first comic book series! Written by Tom Waltz (The A-Team: Shotgun Wedding) a 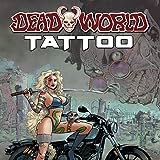 Deadworld: Tattoo
"Zombie Slayer" As Tattoo begins to piece together the answers to the question of how to stop the onslaught of the zombies and why there are an increasing number of intelligent zombies.
Infestation 2
With INFESTATION 2, tentacled Lovecraftian "Old Ones" reach across time and space and threaten to destroy everyone everywhere and everywhen. This free sampler features interviews, artwork and information about this momentous event. 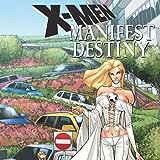 X-Men: Manifest Destiny
Witness the biggest shake-up in X-Men history! With the mansion in Westchester destroyed, the X-Men are moving to San Francisco. But it's not just a change in the zip code. Come see what the momentous change in status quo means to the X-Men!