Time travel, body swapping and cloning: all are part of "The Pattern," and someone is behind these dangerous events. At Harvard in the '70s, Walter Bishop and William Bell's experiments pushed the boundaries of science and ethics. For the first time, see the early work that made them legends! 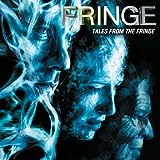 Fringe: Tales From the Fringe
Explore the world of the hit TV series Fringe in these tales from the 6-issue miniseries! Each story focuses on a major player in the series or a bizarre encounter with some of the weird science surrounding the show's mythology! 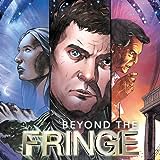 Fringe: Beyond the Fringe
Jump BEYOND THE FRINGE in the very first chapter of this direct-to-digital series, written by star Joshua Jackson (Peter Bishop)! The stakes are high as Peter undertakes a desperate, time-traveling adventure that Walter believes might save the world. Then come back in two weeks to explore an entirely different scenario, featuring a young Peter in an alternate timeline where Peter never died as a b
The X-Files (2016-2017)
Thirteen years after the original series run, THE X-FILES has enjoyed a momentous return to television in a thrilling event series from creator/executive producer Chris Carter. Now, with the participation of Carter, IDW Publishing is proud to bring to comics the continuing adventures of iconic FBI Agents FOX MULDER and DANA SCULLY!
The X-Files: Season 10
For years they investigated the paranormal, pursued the "monsters of the week," and sought the truth behind extraterrestrial activity, along with the grand conspiracy surrounding it rooted deep within their own government. But when AGENTS MULDER and SCULLY reunite for a new, ongoing series that ushers THE X-FILES into a new era of technological paranoia, multinational concerns and otherworldly thr