DISSENSION: WAR ETERNAL: Aspen creator Jordan Gunderson debuts his long-awaited first creator-owned series, Dissension, this summer, as the Gods have declared war on each other! Long ago, mankind suffered under the hand of a vengeful group of fallen angels. Now, a young woman, possessing a power that had lain dormant in the descendants of the first peoples of Earth, must rise to stop their return—along with the war they seek to unleash on the world!

NUWAY: Written by veteran Aspen scribe J.T. Krul (Michael Turner's Fathom and Soulfire) with art by Alex Konat (Fathom, Mindfield) and John Starr (Fathom, Soulfire). Set in 2051, where technology has infected every aspect of human life, and the last frontier may be our very souls as people sacrifice their flesh and blood for a chance at a better life. In New Sheng, the megatropolis in China that has become the center of the world, Zihao is trying to literally fight his way up from the city slums with his fists, hoping to make it to the big leagues where cybernetically-enhanced warriors battle for fame and fortune. But, he's not the only one. The world is filled with such desperation, as mankind struggles to remember what it even means to be human. Sometimes even the brightest lights cannot destroy the darkness. 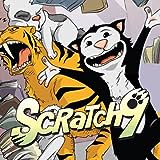 Scratch9: Cat Tails
The world's greatest superhero cat returns with all new solo stories for each of his nine lives, collected into two books, starting with this issue! The all ages title featuring Scratch, a curious cat who gets lost, must summon his nine lives to aid him in rescuing pets from the C.R.U.E.L. Corporation. Featured in Cat Tails #1 are four all-new adventures: the Pharaoh's cat battles a demon!; The sa 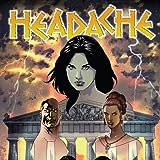 Headache
Eighteen year-old Sarah is the goddess Athena. Her 'evil' stepmother? Hera, who's actually out to kill her. The bad boy she loves? Hades, king of the underworld. The philandering father whose approval she seeks? Zeus the ultimate deadbeat dad. And now she must take on all of the gods in order to stop them from destroying mankind. Edited by Jimmy Palmiotti.
Junior Braves of the Apocalypse
The Junior Braves say goodbye to their families and homes for a week and head out into the woods. After having the time of their lives, they return to find their town has been left a destroyed wasteland. Also, Johnny knows how to skin a rabbit! 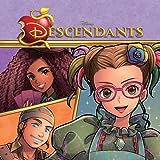 Disney Manga: Descendants
The children of Maleficent, the Evil Queen, Jafar and Cruella De Vil have never ventured off the Isle of the Lost. . . until now.  Invited to pristine Auradon, to attend prep school alongside the children of beloved Disney heroes, Mal, Evie, Jay and Carlos must carryout their villain parents evil plot to rule once again. Will the rebel teens follow in their rotten parents’ footsteps or will th