Collects Excalibur (2019) #1-12. Forging a new dawn! A fresh era begins for mutantkind — and for Betsy Braddock! When a portal opens between the X-Men’s new home, Krakoa, and the mystical Otherworld, magic and science collide — and Betsy stands transformed into the new Captain Britain! And she’s joined by allies Rogue, Gambit, Jubilee, Rictor…and Apocalypse! But what happens when mutantkind’s rise threatens Morgan Le Fay’s reign? And whose side will this new Excalibur take in the Otherworld war? Rogue faces an uncertain fate, Apocalypse performs a ritual and a throne of power changes hands! Plus: Excalibur faces an old foe — only this time they are the hunters, and the Warwolves are the game! Betsy is torn between Otherworld, Britain and Krakoa — and Apocalypse forges ahead toward his mysterious ultimate goal! The stage is set for X OF SWORDS 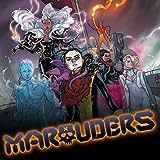 Marauders (2019-)
Collects Marauders (2019) #1-12. Ahoy, muties — the X-Men sail at dawn! A glorious new mutant era has begun on Krakoa, but some nations are preventing mutants from escaping to their promised homeland. Which is where Captain Kate Pryde and her seafaring allies come in! Funded by Emma Frost and the Hellfire Trading Company, Kate and her crew of Storm, Pyro, Bishop and Iceman sail the seven seas a 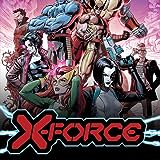 X-Force (2019-)
Collects X-Force (2019) #1-6. The high price of a new dawn! The X-Men have an island home and a bright future at last — but the dangers they face are far from over! That means they need X-Force, the mutant CIA — half intelligence branch, half special ops. Beast, Jean Grey and Sage are on one side; Wolverine, Kid Omega and Domino are on the other. But when the X-Men’s foes launch a devastati 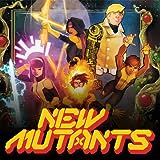 New Mutants (2019-)
Collects New Mutants (2019) #1-2, 5, 7. The new generation claims the dawn! The classic New Mutants — Sunspot, Wolfsbane, Mirage, Karma, Magik and Cypher — get together with new friends Chamber and Mondo for a new mission…tracking down their teammate Cannonball! Hitching a ride into outer space with the Starjammers, the New Mutants soon find themselves in trouble and on trial for crimes a
Hellions (2020-)
Collects Hellions (2020) #1-4. Bad is the new good! When the new nation of Krakoa opened its doors to all mutants and forgave all past crimes, its leaders knew they’d have to accept some of their worst foes into the fold — but they didn’t plan for what to do with them. Not to worry — Mister Sinister has his own ideas for the troublemakers. Meet his new Hellions: Scalphunter, Wild Child,