In Elseworlds, heroes are taken from their usual settings and put into strange times and places—some that have existed, or might have existed, and others that can’t, couldn’t or shouldn’t exist. The result: stories that make characters who are as familiar as yesterday seem as fresh as tomorrow.

Featuring tales of Batman and Eliot Ness taking on Al Capone, a future league of Batmen protecting the night with an iron fist, a mysterious knight defending Camelot as an armor-clad Bat and a 19th-century Batman entwined in an operatic tale of love, horror and obsession.

Now, for the first time, Batman’s Elseworlds tales are featured in a new graphic novel collection. Collects Batman: Brotherhood of the Bat, Batman: Dark Knight of the Round Table #1-2, Batman: KnightGallery, Batman: Masque and Batman: Scar of the Bat!
See More See Less 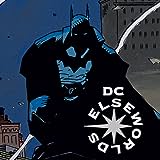 DC Elseworlds
Familiar heroes in an unfamiliar world! From a baby Kal-L landing in Soviet Russia to the Dark Knight becoming the world's first Green Lantern to the Amazonian Princess Wonder Woman arriving during the Victorian Era, anything is possible in ELSEWORLDS!

Batman: Legends of the Dark Knight
A rotating roster of the world's top comic book creators deliver unique tales starring Batman in this acclaimed anthology series! Spanning the career of the Dark Knight, these stories celebrate all aspects of the World's Greatest Detective.
DC Comics Presents
Presenting some of the DC Universe's biggest and best stories--collected into single issue, easy-to-read formats! Written and drawn by comic book talent throughout the ages and featuring heroes such as Superman, Batman, Green Lantern and more!
Superman (1987-2006)
Sole survivor of a doomed planet, the baby Kal-El was found by a kindly Kansas couple and raised to become the greatest hero of the DC Universe: Superman! With powers and abilities far beyond that of mortal men, the Man of Steel takes on any challenge in his never-ending quest to preserve truth and justice and defend the world from any threat! 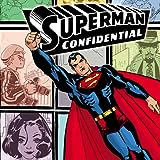 Superman: Confidential
The Man of Steel was rocketed to Earth as a baby, last son of a dying planet. Raised as Clark Kent in the cornfields of Smallville, he moved to Metropolis to be a reporter and use his powers for the good of all humanity... SUPERMAN CONFIDENTIAL tells stories from key moments in his history!