A major turning point for Doctor Strange! Stephen Strange is back on Earth, safe and sound after his otherworldly odyssey with Galactus and Clea — but is the Multiverse done with Stephen Strange? A truly terrifying villain is working their way into the Marvel Universe via a small house in Kansas, and their arrival will have people talking for years! Stephen Strange’s life was changed decades ago by a car crash in upstate New York — but now, his life is about to change in an even bigger way. Plus: The Sanctum Sanctorum holds all of the bizarre and dark relics that Doctor Strange has accumulated on his journey as the Sorcerer Supreme. But when one of those relics awakens, will the Sanctum be transformed into Strange’s own personal hell?
See More See Less

Dr. Strange (2019-)
Collects Dr. Strange (2019) #1-6. The impossible has happened! Stephen Strange’s hands have been healed, restoring the surgical skills he lost long ago! But now Doctor Strange finds himself torn between his obligations as the Sorcerer Supreme — and as a life-saving neurosurgeon! And when Strange is forced to choose which set of vows he must uphold, who will suffer for it? After all, magic a 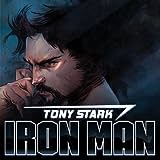 Tony Stark: Iron Man (2018-2019)
Collects Tony Stark: Iron Man #1-5. From the cusp of tomorrow's dreams to the forefront of imagination, one man always soars on the cutting edge of adventure! You know his name. Everyone knows his name! Tony Stark is Iron Man. And Iron Man...is an idea. Always changing. Always evolving. Now, Dan Slott and Valerio Schiti propel the ultimate self-made hero to new heights of inventiveness! But Ton 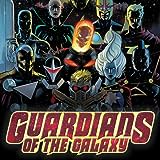 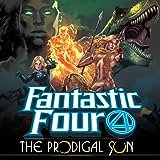