He's your number one, and these are his #1s! (Plus some other weird numbers.) Deadpool's dazzling debut steals the New Mutants' spotlight, leading to his very first limited series. Then brace yourself as the degenerate regenerates into nine new titles! The ever-social sociopath gives top billing to his bro Cable, teams up with a demigod and even hangs with his own zombified head before assembling a whole Corps of alternate Deadpools! Plus: Five completist-confounding comics with the exact same name, from the Classic era to the All-New All-Different age! All together now: "Deadpool's #1! Deadpool's #1!" 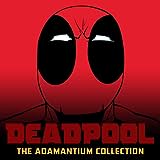 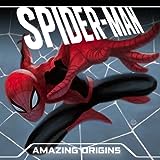 Spider-Man: Amazing Origins
Collects Spider-Man: Season One, Spidey #1. The greatest origin story of all time, retold for a new generation! Meet Peter Parker like never before, and join him on the journey of triumph and tragedy that takes him from high school wallflower to the fast-talking, wall-crawling super hero, Spider-Man! It's an ageless tale of power and responsibility as relevant today as it was decades ago! Plus: 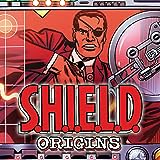 S.H.I.E.L.D. Origins
Collects Battle Scars #6, Secret Avengers (2013) #1, Avenging Spider-Man #20-21 and material from Strange Tales (1951) #135. MARVEL'S AGENTS OF S.H.I.E.L.D. are coming to the ABC Network this fall! Get in on the espionage action with this collection of modern classics! Thrill to the formative appearances of Agent Phil Coulson and Nick Fury Jr., and learn how Fury followed in his famous father' 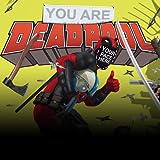 You Are Deadpool (2018)
Collects You Are Deadpool #1-5. Do you ever want to be Deadpool?! Of course you do! Well, now's your chance — in this amazing role-playing romp! YOU decide what choices Deadpool makes! YOU keep track of your scores as the story unfolds! YOU roll dice to combat various foes — and we're watching, so no cheating!Determine your own destiny as you travel through Marvel history as Deadpool himsel