Psychological horror is at the forefront with nods to the Twilight Zone and the horror magazines from days past. The book includes an all-new Koni Waves short story by series co-creator Mark Poulton with art by Jon Landry, as well as La Famiglia by Dead Men Tell No Tales creator Dwight MacPherson, The In-Between Space by Aaron Thomas Nelson and Bones by James Nadiger. The book was compiled using not only Arcana's own talent, but talent taken straight from their message boards. Open calls were taken for submissions of stories anywhere from 6 to 20 pages long. All in all, 18 stories made the cut!

The winners that made it off the chopping block were: 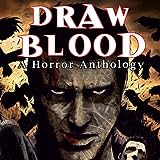 Draw Blood: A Horror Anthology
Draw Blood is a anthology of horror stories told in a modern style. 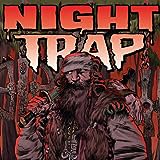 Night Trap
Inspired by B-Movies and classic video games! Despite the best efforts of the FBI a group of teens are hunted down one by one by the most notorious and wanted man in America. THE TRAPPER! 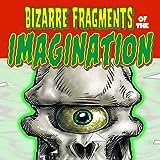 Bizarre Fragments of the Imagination
Mister Eye welcomes you to The Feed, serving up bloody, bite-sized chunks of the weird and the creepy. 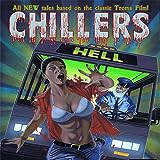 Chillers
Based on the classic Chillers feature film from Troma! Evil travels in many forms...even by bus. With this anthology series, the transit bus driver 'and host', Peterr Jesus, delivers folks to their final destination and shares with us their tales of horror and misery. In the tradition of such shows as Night Gallery and a darker Twilight Zone, the original director of the acclaimed Chillers feat