After escaping a televised attempt on their lives and blowing past two million bucks in their REAPR campaign, Charlie and Vita abandon Los Angeles for the desert paradise Las Vegas in search of answers. But between the human debris of Charlie's past and the well-kept secrets of Vita's old life, the only thing less likely than Charlie and Vita surviving their REAPR campaign is them surviving each other. 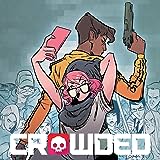 Crowded
Ten minutes in the future, the world runs on an economy of job shares and apps, including Reapr: a crowdfunding platform to fund assassinations. Charlie Ellison leads a quiet, normal life until she's suddenly targeted by a million-dollar Reapr campaign. Hunted by all of Los Angeles, Charlie hires Vita, the lowest-rated bodyguard on the Dfend app. As the campaign picks up speed, they'll have to fig 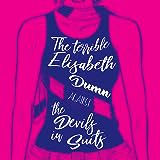 The Terrible Elisabeth Dumn Against The Devils In Suits
Elisabeth Dumn is a strong, rebellious girl who's determined to make her own way. Good thing too, because her father long ago promised her to the Devil and he's come to claim what's his. This is a story that will haunt you long after you've turned the final page. Part horror adventure, part surreal dreamscape, this original graphic novella features the amazing artwork of new Brazilian sensation AR 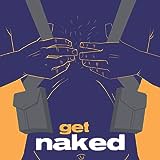 Get Naked
In the spirit of essayist David Sedaris and monologist Spalding Grey, SEAGLE and 19 emerging global cartoonists take drawn storytelling into the world of the "graphic essay." 19 stories of global attitudes about the naked body balance raw comedy, raw emotions, and raw cartooning. SEAGLE honestly chronicles his place as an undressed metaphorical fish out of water on different continents—from not 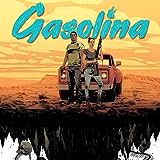 Gasolina
Fugitives. Rebels. Newlyweds. In their journey south from El Norte, Amalia and Randy have played many roles in order to survive. Now, they must become unlikely leaders in the fight against a new cartel who uses inhuman tactics to ignite the most monstrous war Mexico—and the world—has ever seen. Everything burns in this new series from SEAN MACKIEWICZ and NIKO WALTER, where love and devotion ca
Skyward
One day, gravity on earth suddenly became a fraction of what it is now. Twenty years later, humanity has adapted to its new low-gravity reality. And to Willa Fowler, a woman born just after G-day, it's...well, it's pretty awesome, actually. You can fly through the air! I mean, sure, you can also die if you jump too high. So you just don't jump too high. And maybe don't stumble into a dangerous pla