Steve Trevor investigates a report that a school of mermaids have downed a ship, and he ends up being captured by them. Meanwhile, Wonder Woman and the Holliday Girls are also kidnapped when they try to rescue him, but they escape to collar a former female swimming champion who had disguised herself as King Neptune as a cover for her piracy operations.

During a pre-Christmas radio program, racial and religious persecution raises its ugly head, prompting Alan Scott to use a life-and-death situation involving Doiby as an example of what America really stands for.
See More See Less 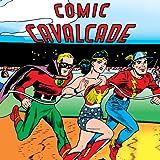 Comic Cavalcade (1942-1954)
Diana and Steve head out by car to the New England coast at General Darnell's request to keep an eye out for spies and saboteurs. The disappearance of a young boy named Tommy then leads Diana to try and locate him, and she discovers a group of fifth columnists who are connected to the Nazis that are to come ashore as invaders. 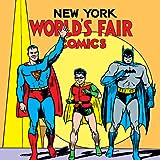 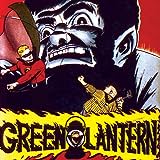 Green Lantern (1941-1949)
Alan Scott survives an explosion during a test crossing of a trestle bridge and learns he was saved by the green lantern he carried; The lantern tells how long ago a meteor was formed into a lamp by a Chinese lamp maker and how it protected him from his murderous neighbors; Later the lamp was found by an asylum inmate, who re-formed it into a lantern and was cured of his insanity by the lantern; N 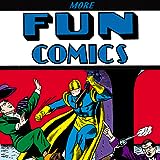 More Fun Comics (1936-1947)
The first publication from DC Comics! Featuring various tales of adventure and excitement and the first appearance of numerous superhero characters--including The Spectre, Aquaman and Green Arrow! 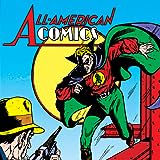 All-American Comics (1939-1948)
An anthology series featuring reprints of classic newspaper strips and introductions to some of the DC Universe's greatest heroes!