BATMAN: DARK KNIGHT GALLERY, featuring pinups by artists across the globe paying homage to the character who, for many, has been the reason they got into comics. 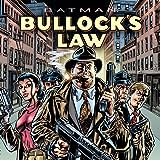 Batman: Bullock's Law
Set after the "Cataclysm" that put Gotham on the course that turned it into a "No Man's Land," Bullock and the rest of Gotham's Finest must foil the strange new killer called the Widow-Whacker. 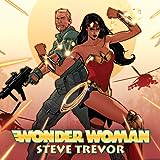 Wonder Woman: Steve Trevor (2017)
When Wonder Woman saved Steve Trevor from dying on the shores of Themiscyra, his life—and hers—changed forever! In this special issue, learn more about the tumultuous partnership these two have had over the years…and get a hint at where it’s going in the future! Have these two finally admitted they’re meant for each other? Or do the Fates have other ideas? 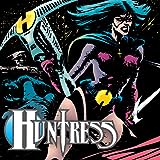 The Huntress (1994)
She's back, stalking her prey through the Gotham City underworld without mercy...or remorse! This time, the Huntress is cracking down on a powerful crime family by working her way up a chain of corruption to its sinister boss. But along the way, she confronts the horrors of her own past while on a collision course with a mysterious assassin. 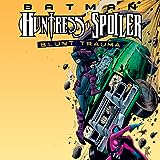 Batman: Huntress/Spoiler - Blunt Trauma (1998)
Spoiler and the Huntress face some of Batman's greatest foes in this "Cataclysm" one-shot! Freed from Blackgate Prison, a group of Batman's most ruthless foes come ashore at the devastated Gotham Mall. Only Spoiler and the injured Huntress stand between them and hundreds of victims.