In 1923, Nikola Tesla's career is in its twilight until he unveils a robot with automatic intelligence -- ATOMIC ROBO!

Granted full American citizenship in return for his participation in a top secret military operation in 1938, ATOMIC ROBO goes on to found TESLADYNE -- a think tank dedicated to exploring the fringes of scientific inquiry. After decades of dealing with all manner of weirdness, ATOMIC ROBO and the so-called ACTION SCIENTISTS OF TESLADYNE become the go-to defense force against the unexplained.
See More See Less 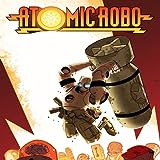 Atomic Robo
Take the Ghost Busters, Buckaroo Banzai, Indiana Jones, and the Rocketeer. Cram them all into a five foot tall, three-hundred and eighty pound robot -BAM! You have Atomic Robo. 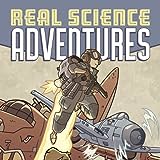 Real Science Adventures
A group of Women Airforce Service Pilots banded together after World War II and became the daring "Flying She-Devils." Food and fuel are in short supply, but the She-Devils have a plan: take it from Mad Jack, the pirate king of the Pacific. What could go wrong? Also a never before seen short featuring THE SPARROW!
Resident Alien
Living undercover as a semi-retired, small-town doctor, a stranded alien's only hope is to stay off humanity's radar until he can be rescued. When he's pulled into a surprising murder mystery by the town's desperate mayor and struggling police chief, ''Dr. Harry Vanderspeigle'' learns more about the human condition than he ever wanted to. Acclaimed creators Peter Hogan (2000 AD, Tom Strong) and St 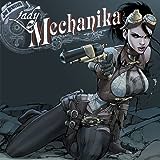 Lady Mechanika
The celebrated steampunk action-adventure series from the imaginative mind of Joe Benitez: The tabloids dubbed her "Lady Mechanika", the sole survivor of a serial killer's rampage through England. Authorities found her locked in an abandoned laboratory amidst an undeterminable number of corpses and body parts, her own limbs having been amputated and replaced with mechanical components. With no m 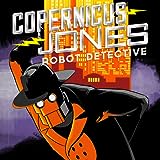 Copernicus Jones: Robot Detective
A former police-bot, Copernicus Jones is now making his way as a private eye through the back alleys and neural networks of Future City.