The Marvel Universe is about to get even more astonishing with a gritty with a no-holds-barred Wolverine/Punisher tale you have to see to believe! Plus, an Iron Man tale AND a story of Cannonball and Sunspot of the New Mutants getting sucked into the wildest adventure of their short lives when they spend their summer vacation in...MOJOWORLD!! 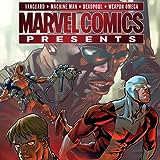 Marvel Comics Presents (2007-2008)
Inside, you'll find these incredible mysteries: Who is DAMIEN CROSS? Why will his murder shake the very foundations of the Marvel Universe? Why is SPIDER-MAN needed in outer space? Patsy Walker is HELLCAT. But then who's the other HELLCAT? What is the SYSTEM? And what does it mean for the future of super heroes? Extra-sized first issue! 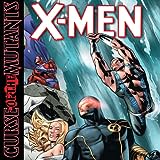 X-Men: Curse of the Mutants Saga
The mutant heroes battle all manner of vampire as their science team works feverishly to find a cure for the blood-borne virus spread by Xarus. They'll enlist the aid of vampire-slayer Blade and even contemplate the unthinkable: Can they resurrect Dracula himself, slain by Xarus, to combat his own son? Do they dare? 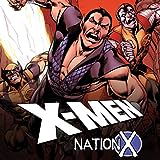 Nation X
A mutant nation has been created on UTOPIA, off the coast of California. But what does that mean to the X-Men? 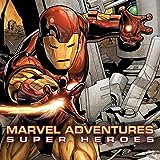 Marvel Adventures: Super Heroes (2010-2012)
Collects Marvel Adventures Super Heroes (2010) #1-4. Captain America, Iron Man, the Black Widow, Thor, the Vision, Nova, and the Invisible Woman...a powerful collective of the greatest heroes the world has ever known. They are the Avengers, and they want it known they're here to stay. But when Magneto and his Brotherhood of Mutants threaten to destroy several major cities unless their demands f