Asgardians Of The Galaxy Vol. 2: War Of The Realms

Collects Asgardians of the Galaxy #6-10.

The Asgardians of the Galaxy join the War of the Realms! Loki promised Angela a gift in exchange for her help against Nebula - and the debt is coming due! But what does that have to do with Yondu Udonta and his new Ravagers? Simmering intrigue comes to a head as the team enters the orbit of Ego the Living Planet! But if Ego is this angry, what will its moon do?! Then, Malekith's invasion of Midgard has begun - and with Thor missing, Odin injured and Freyja about to embark on a mission of her own, Valkyrie must stand alone against the onslaught! But her fate is intertwined with another. What of Annabelle Riggs, the mortal who shares the body of a god? Plus: the battle you've been waiting for - Angela vs. the Queen of Heven!
See More See Less 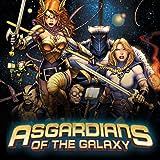 Asgardians of the Galaxy (2018-2019)
Collects Asgardians Of The Galaxy #1-5. Spinning out of INFINITY WARS comes an epic space opera! Angela, Thor’s half-sister. The hotheaded Valkyrie — and Annabelle Riggs, the human whoshares her form. Skurge the Executioner, freshly returned from Hel. Throg, the mighty frog of thunder. Kevin Masterson, the boy who took his father’s mace to become the hero Thunderstrike. And the Destroyer, 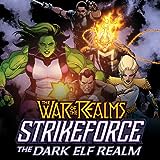 War Of The Realms Strikeforce (2019)
Collects War of the Realms Strikeforce: The Land of the Giants, The Dark Elf Realm and The War Avengers. Earth's heroes undertake a multi-pronged mission to win the War of the Realms! With Thor trapped in Jotunheim, Captain America takes up the God of Thunder's ax, Jarnbjorn, and leads a team including Spider-Man, Wolverine, Luke Cage and Iron Fist into the land of ice and snow in search of the 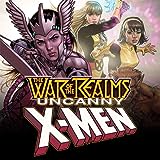 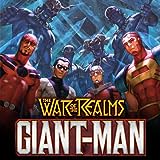 Giant-Man (2019)
Collects Giant-Man (2019) #1-3 and material from War of the Realms: War Scrolls (2019) #1 and The Astonishing Ant-Man (2015) #6. Malekith's invading army has giants - but so does Midgard! As the War of the Realms rages, four men must rise to monstrous heights at the behest of All-Mother Freyja and infiltrate the savage territory of Florida - now known as New Jotunheim! Ant-Man, Giant-Man, Golia 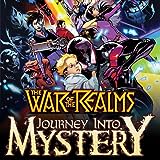 War Of The Realms: Journey Into Mystery (2019)
Collects War of the Realms: Journey Into Mystery #1-5. The creators of blockbuster podcast The Adventure Zone bring their talents to Marvel! Earth is under siege — but could the key to turning the tide be…Thor’s baby sister? Journey into mystery with Miles “Spider-Man” Morales, Kate “Hawkeye” Bishop, Wonder Man, Balder the Brave, Sebastian Druid and Death Locket for a wild romp th