Mass Combat! The combined forces of the Artifact bearers aligned with Witchblade bearer Sara Pezzini and The Darkness host Jackie Estacado have reached a truce with the cybernetic heroes of Cyberforce. They've fought off the relentless assassin Aphrodite IV, but that was only the beginning. Pushed to the limit, can they defeat a force that dwarfs everything they've faced before? 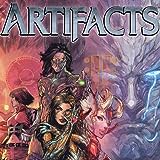 Broken Trinity
In 2007, Top Cow unleashed First Born, hailed by critics as "a quality mini-series," "required reading" and "an epic adventure." That storyline changed the Top Cow Universe forever. But that was just the beginning. Broken Trinity brings together the Witchblade, The Darkness and Angelus once more, but this time the stakes are even higher as a new artifact is discovered, forever upsetting the bal
Angelus
Rising from the pages of 'War of the Witchblades'! Danielle Baptiste returns home to New Orleans to come to grips with her new role as the Angelus, the human bearer of the primal force of Light. To complicate matters she must sort out her undefined relationship with Finch while maintaining control of the Angelus host, some of whom covet her power.
Witchblade
A new era starts in the Witchblade saga with the creative team of Ron Marz (The Darkness, Green Lantern) and rising artistic star Michael Choi! This new-reader-friendly issue is a perfect introduction to Top Cow's flagship character. Someone wants New York City Police detective Sara Pezzini dead, and not even the powerful supernatural artifact called the Witchblade will be enough to keep her from 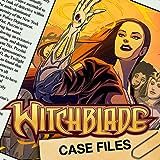 Witchblade Case Files
Take a look into the personal files of Sara Pezzini! 19 years and 180 issues of juggling her career as both a law enforcement officer and the Balance of Good and Evil means a whole lot of crooks, ne'er-do-wells, and straight-up monsters, and we've got the scoop on the worst of them. Includes a never-before-seen backup story from Talent Hunt runners-up!