Adventures Of The X-Men: Rites Of Passage

Adventures Of The X-Men: Rites Of Passage
4.5
(2 ratings)

The most iconic X-Men of all, in more animated-style adventures! Jubilee faces a rite of passage courtesy of the savage Sabretooth! Then, Gambit finds himself in the middle of a war between the Thieves Guild and the Assassins — but what will become of the ragin’ Cajun’s brother? Cyclops, Jean Grey and Storm join the action as the X-Men are vexed by the Vanisher — as well as by Sentinels, Spiral and the Hellfire Club! But will our merry mutants become media darlings in the maddening Mojoverse? Then, things take a turn toward darkness and despair as the team steps into the shadow of…the Man-Thing! With the Shi’ar Empire, the Watcher, the Living Tribunal and more universal forces drawn into the fray, brace yourself for a big finish on a cosmic scale!
See More See Less 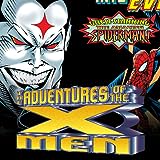 Adventures Of The X-Men (1996-1997)
Collects Adventures of the X-Men #1-6, Adventures of Spider-Man #3. Animated-style adventures from one of the X-Men’s greatest eras! Wolverine takes on the savage Hulk — but whose side are Havok and X-Factor on? And what does the gamma-powered Leader have to do with it all? Meanwhile, Beast and Gambit face the evil machinations of Mister Sinister — with a little help from Spider-Man! Thin 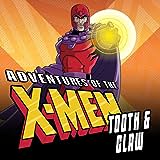 Adventures Of The X-Men: Tooth & Claw
Collects material from Spider-Man Magazine (1994) #1-13, Spider-Man Magazine Special (1995) #1-2. The X-Men were the breakout stars of the 1990s — and, not content with their own titles, they also stole the show with highly animated all-ages adventures in the pages of SPIDER-MAN MAGAZINE! Now these rarely seen tales are collected for the very first time! Join the X-Men’s most iconic lineup 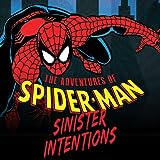 Adventures of Spider-Man (1996-1997)
Collects Adventures Of Spider-Man #1-6 And Adventures Of The X-Men #3. Action-packed adventures of the amazing arachnid, told in awesome animated style! Tune in as Spider-Man takes on some of his most fearsome foes — with a few surprises along the way! Aerial combat is in store as Spidey faces the Vulture’s rage — but can he stand in the way of the rampaging Rhino’s revenge? Then, the w 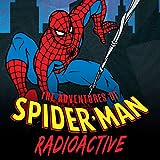 Adventures Of Spider-Man: Radioactive
Collects Material from Spider-Man Magazine #1-19, Spider-Man Magazine Special #1-2. Spider-Man takes on his classic rogues’ gallery in exciting adventures from the 1990s! Spidey must avoid the many arms of Doctor Octopus — but will he fall victim to Electro, Mysterio, the Scorpion and the Vulture? There’s panic at the planetarium and a great train robbery to solve, but that’s nothing co 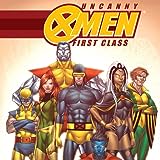