Abe Sapien: The Drowning and Other Stories

Abe Sapien: The Drowning and Other Stories
4.5
(32 ratings)

Mike Mignola and Jason Shawn Alexander's premiere Abe solo series sets the stage for a collection of tales tracing Abe's times both as an agent of the BPRD, and delving into his long-hidden origins. A haunted lake, South American vampires, and a mad scientist seeking out man's missing link are chronicled here!

This deluxe edition collects Abe Sapien: The Drowning, The Devil Does Not Jest, and Lost Lives and Other Stories

In the early 1980's, new BPRD agent Abe Sapien was set to retrieve the corpse of a powerful warlock off the coast of France. Abe quickly finds himself in a battle with a century old evil in the form of demonic monks.
See More See Less 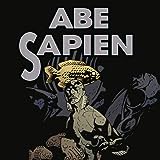 Abe Sapien
A century ago, paranormal investigator Edward Gray fought and destroyed a powerful warlock off the coast of the island of Saint-Sébastien. In the early 1980s, the B.P.R.D.'s newest agent was sent to retrieve the warlock's remains. But Abe Sapien is ill prepared for the dark forces that block his way. Written by Hellboy creator Mike Mignola, and featuring the haunting art of Jason Shawn Alexander

B.P.R.D.: Hell On Earth
A story that began in the first issue of Hellboy concludes with the B.P.R.D. team set to permanently wipe out the subterranean colony of frog monsters that have been a story-driving plague. With Memnan Saa dead, agents Liz and Abe take on the powerful King of Fear,who ultimately reveals that it is, in fact, the B.P.R.D. members themselves who will lead the world to apocalypse, not the supernatural
B.P.R.D.
The Hollow Earth, by Mike Mignola, Chris Golden, Tom Sniegoski, and Ryan Sook, reveals the Bureau for Paranormal Research and Defense's struggle to save agent Liz Sherman, and their struggle to deal with life without Hellboy. That story is collected here with rare Hellboy related stories, long sought after by fans of the Mignola's hit comic, which is soon to be a major motion picture! Reprinted he
Sledgehammer 44
A man in a suit of iron drops from an American warplane onto a French battlefield and unleashes a powerful cosmic force on an army of Nazis, their massive war machine, and their most dangerous agent, the deadly Black Flame! Comics superstar Mike Mignola creates an alternative story of a World War II robot.
Lobster Johnson
After years of captivating fans from the pages of Hellboy and B.P.R.D., the pulp-style adventures of Lobster Johnson take the limelight in this collection of the Lobster's first solo series.