A1: The Weirding Willows

Series
A1: The Weirding Willows

The worlds of Earth, Wonderland, OZ, Neverland, Mars, Pellucidar and
Elysium collide like never before -- and Alice of Wonderland is trapped in
the middle!

Alice has grown up in the shadow of the Wild Woods, a place filled with
mysterious portals to other worlds, through which all manner of creatures
spill. Now Alice and her allies must protect the Weirding Willows from
those who would invade them -- as well as face the deadly problems brewing at
home!

From Frankenstein's Monster to Doctor Moreau, the Wicked Witch to Mowgli,
The Weirding Willows are filled with familiar faces -- like you've never
seen them before! 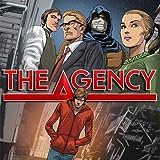 The Agency
Our story follows Riley Dean, a fifteen-year old orphan who inadvertently discovers he possesses extraordinary magical powers. Ordered by Embry Eskyll, the head of the International Agency of Magic, to locate and detain what appears to be a random teenage unknown, IAM operatives apprehend Riley as he attempts to flee a violent coffee shop explosion. Unbeknownst to all, Embry has been possessed by 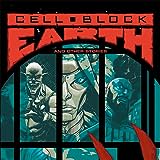 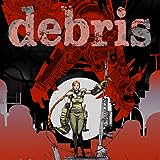 Debris
In the far future, humanity has doomed planet earth to rot and decay, covering her surface with garbage. Now, ancient spirits called the Colossals rise from the debris and attack the remaining survivors, forcing the human race to the brink of extinction. One warrior woman, Maya, sets out to find the last source of pure water to save the world before the monsters bring it all to an end. 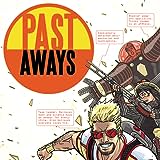 Pastaways
**From the brain of _MIND MGMT_'s Matt Kindt!** 2015: the distant past. A crash landing strands five deep-time explorers in a primitive world of internal-combustion engines and Internet 1.0 and tears a rift in space-time that spouts dinosaurs, giant robots, and other strange phenomena! Only the marooned Past Aways can defend the twenty-first century, unless the tensions of their unexpectedly pro